One of the many delights of canal cruising is the wide choice of routes available. Indeed in England and Wales there are over two thousand miles of rivers and canals that can be navigated aboard our narrow boats. 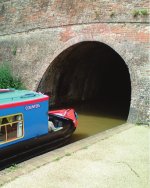 Linslade is situated on the Northern Edge of the Chiltern Hills, just an hour's journey by road or rail from London. Linslade adjoins the Market Town of Leighton Buzzard which over the last hundred years has become famous for its sand. Much of this sand was transported by Narrow Gauge Railway to the canal and loaded aboard narrow boats. Many of these loading wharves can still be seen today.

The Grand Union Canal was one of the last canals to be built and opened in 1806 to provide a direct route from the Oxford Canal at Braunston to the River Thames at London. It has many outstanding engineering achievements like the Blisworth and Braunston tunnels, the aqueducts at Cosgrove and Milton Keynes and the Weedon embankments.

Many of our experienced customers returning from holiday have commented how the southern Grand Union Canal is one of the most beautiful, varied and quietest of canals with excellent pubs and leisure facilities.

Two and a half weeks to six weeks canal holidays:

An extensive six week cruise is a fantastic way of touring the heart of England at an affordable price with no expensive car hire or hotel bills, contact us for more information.